Paying my respects to the Queen. 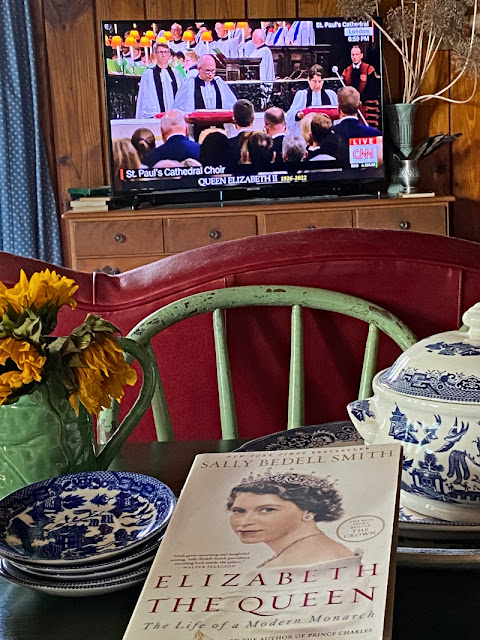 BBC News has been on every morning here these days since the passing of Queen Elizabeth II as they have had live coverage in Scotland and then today in Northern Ireland.

I am, quite simply, a royalist and Anglophile.

And I have never been able to visit the UK so the history being revealed, the scenery, the somber ceremony, the bystanders being interviewed--especially the children--have all touched me.

Most of all, the services at the church in Scotland and Northern Ireland, as well as the first one in London, with their beautiful music and Scripture readings has been a balm to my spirit.

Recently, when our son Daniel and his family came to visit they brought me a thrift store copy of Sally Bedell Smith's book Elizabeth the Queen and I have been enjoying reading my way through it.

I love this 1965 picture in the book of the Queen on horseback at Balmoral with one of her corgis. We had two corgis for many years because of Tasha Tudor but I loved knowing that corgis were a passion of Queen Elizabeth. 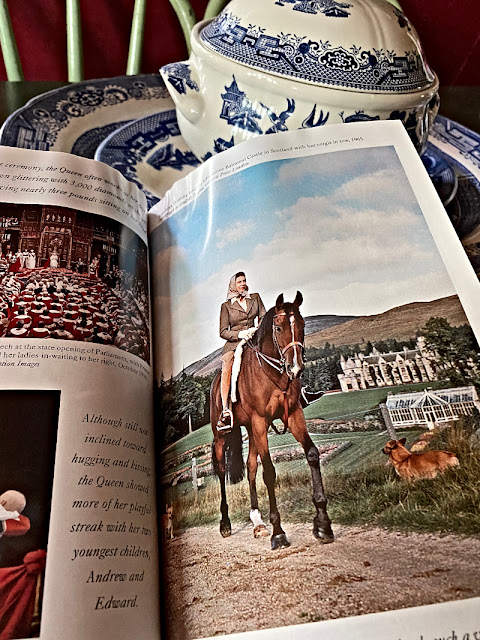 The other day RH stopped by a bookshop and bought me two of my four favorite British magazines, something he treats me to whenever he thinks about it and especially in December.

I sat down to sink into the beautiful magazines full of my favorite interior designs and gardens and was thrilled to discover that the October issue of The English Home had a beautiful article, "Regal Retreats." 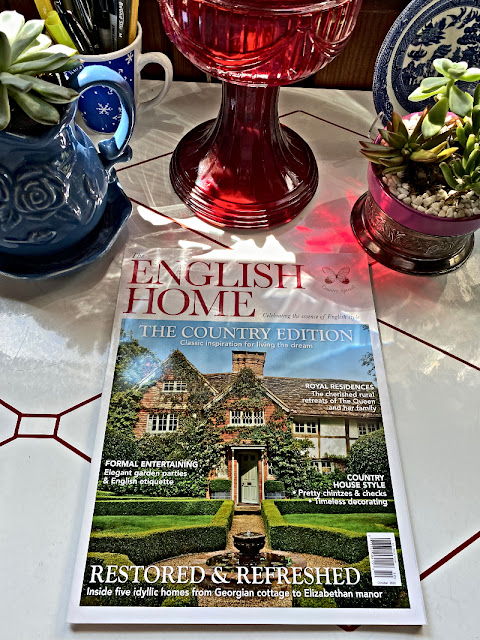 One of the homes shown is Highgrove in the Cotswolds, retreat of who was at the time the magazine was printed, His Royal Highness the Prince of Wales. 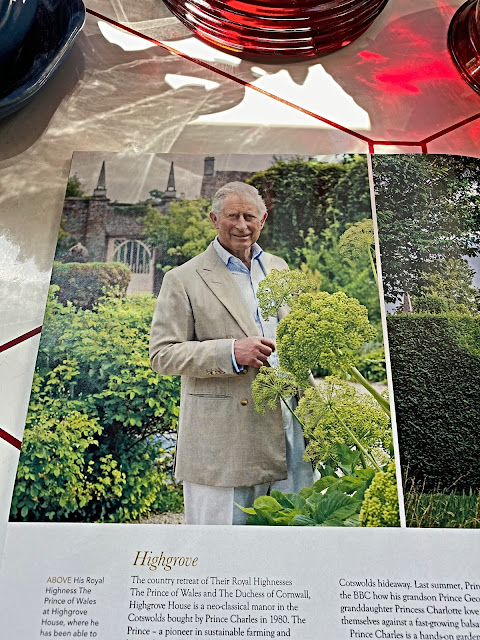 I'll admit it, I am a staunch admirer of Charles and wish King Charles III a long healthy successful reign.

And I have a copy on the way of Sally Bedell Smith's  Prince Charles: The Passions and Paradoxes of an Improbable Life.

As I finish writing this, Queen Elizabeth's casket is now leaving the Royal Norfolk AB on the way to Buckingham Palace for one final night. It is dark and raining there and I am very glad it is sunny here, even if the sun does show up that I badly need to dust. 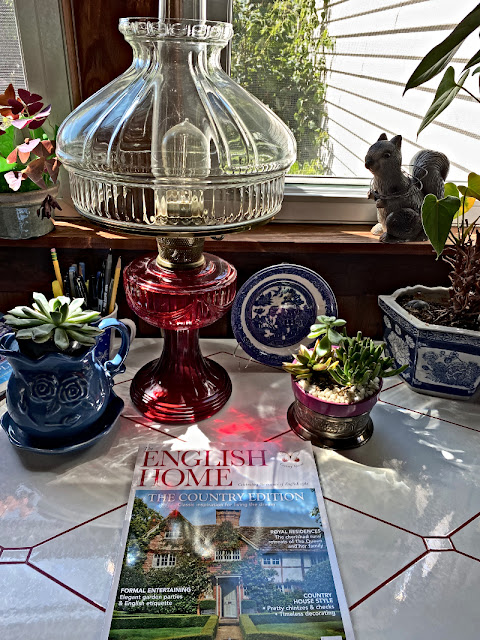