A knock at the kitchen door after breakfast this morning turned out to be our neighbor bringing us fresh cut greens from his garden. 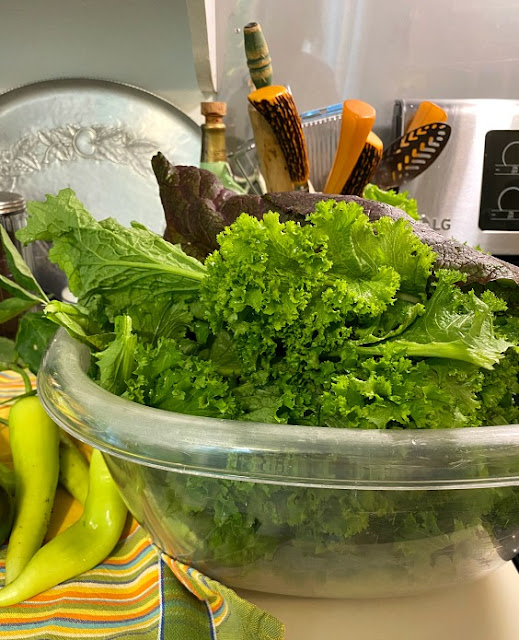 I filled up my largest bowl four times and washed the greens four times each bowl.

This box was overflowing with greens. 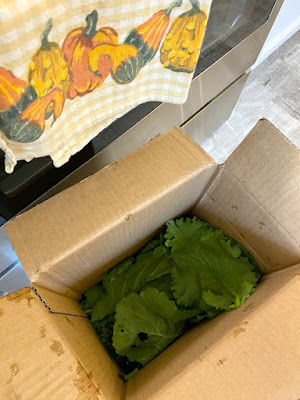 There were collards and chard and kale and mustard greens. 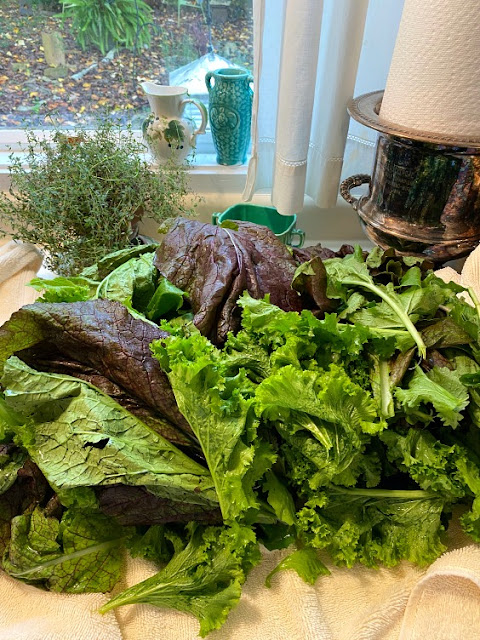 They smelled so good and were so fresh that it was a pleasure to prepare them. I do cut out the largest stems and I pile stacks of greens on my cutting board and slice everything about two inches wide.

I use an old Gourmet magazine recipe for collard greens so decided all of these greens would get cooked together using this recipe.

Cook some bacon til crisp and save to crumble into greens. In a few tablespoons of the bacon grease cook red onions, chopped. Add chicken broth--I use a box of chicken bone broth because I save my homemade broth for soups--and 1/4 cup of cider vinegar, 1 tablespoon dark brown sugar, 1/2 teaspoon dried hot pepper flakes. Add greens and toss until wilted, simmer covered, one hour or till tender. Salt and stir in bacon.

And of course I'll set out a jar of my own hot pepper sauce to go with the greens! 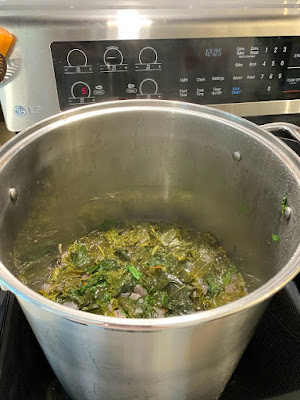 The greens do wilt down a lot but they'll be so good with our leftover supper tonight. We had salmon patties last night, and yes, I've tried making them with leftover fresh salmon but they just weren't my mother's salmon patties that I grew up on. But I do use the best red salmon I can find and I do keep the bones in it because that's where the calcium is. I remove the dark skin and fatty bits and throw away the little spinal cord that runs beside the bones--if you're squeamish, that probably got to you! 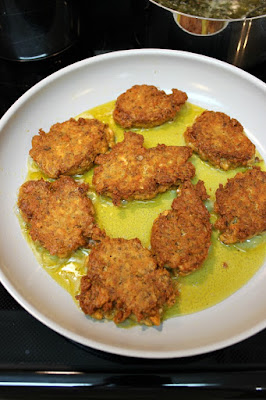 And I have leftover cornbread from last night and leftover black-eyed peas with spinach. And remember, some dried beans can be done by the quick method but it makes a world of difference when you soak black-eyed peas the night before--and put them in the fridge overnight instead of sitting out on the counter. 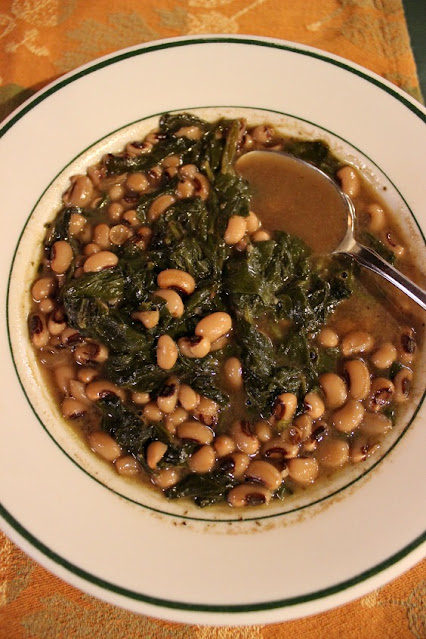 And tomorrow night we might add a big baked sweet potato each (also from our neighbor's garden).

No, these meals are not what I would serve company but who has company now?

Our neighbor also brought us some more of his last banana peppers and that means I'll have to make one more small jar of pickled peppers. 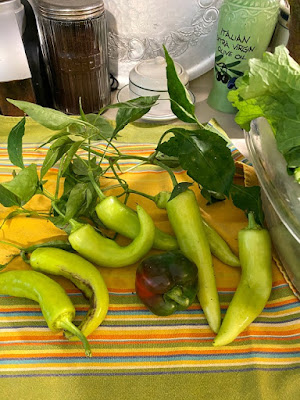 I'm so thankful for such a good neighbor! And I'm just a little bit thankful that his garden is coming to an end for the season because when he brings me vegetables I simply have to fix them, no matter what my other plans for the day were. Our own pepper plants are still producing a few along but I expect they'll stop soon.

October's almost over but my favorite month of all comes next. Pretty soon there won't even be these KnockOut roses for the table and I'm okay with that, even ready for that. We might not even cover anything outside with old sheets when the next frost is predicted. 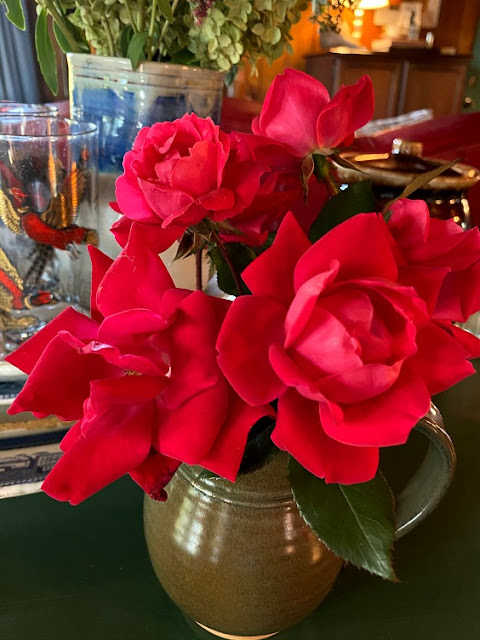 I'm feeling ready for a Black Frost. Then it will be time to make a big pot of chili.