My favorite photographer is our son Daniel! 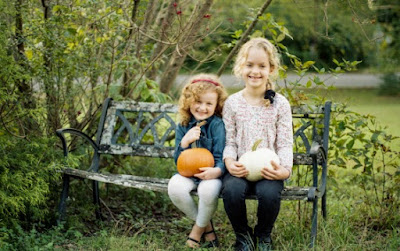 And two favorite models he photographs are our darling granddaughters! 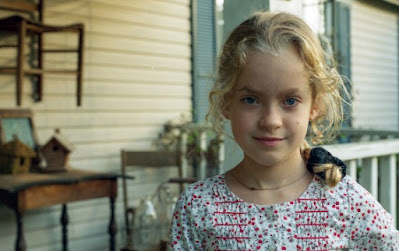 When they visited us recently, our front porch was a good place for this autumn photo shoot. 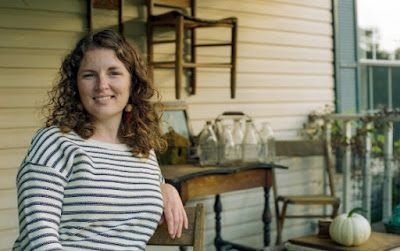 Our beautiful daughter-in-law is a favorite model too! 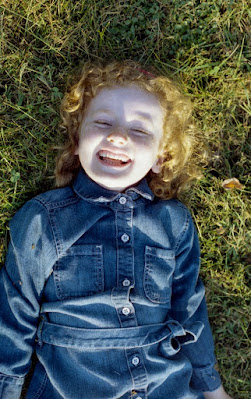 Our youngest granddaughter is a wild at heart nature princess. 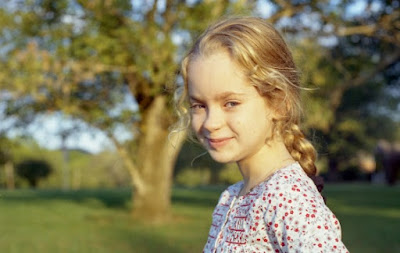 Her big sister is smart, mature, fun and adventurous!

Our son works in television production and also is part of a growing group of photographers who have returned to film. I wanted to link you to his film Instagram account, dadsoldnikon here-- but I also want to share his Artist Statement from where he exhibits his film photography.

I am an explorer. Ever since I was a kid I was drawn to adventure and exploring the world around me. I still have a desire to dig holes in hopes of finding "treasure." Since I am not Indiana Jones, I have found an outlet to fulfill my calling to explore. Enter photography.

My father passed down his 55 year old Nikon Nikkomat FTN camera and lenses to me. It sat in my closet for a few years because I was intimidated by it. I had no idea how to load film much less use it. I finally decided to dust it off and took it on vacation about 2 years ago. My father snapped countless photos of us in the 80s and now I was determined to take photos of my family. I shot 3 rolls of film in one week and I never thought they would turn into beautiful photos once I got them back from development.

Now I take this camera everywhere I go. I travel quite a bit for work and end up in New York City often. I have had the most amazing adventures walking around by myself snapping photos of the city. I am particularly drawn to Chinatown. It has such a raw and unique personality. It has not been commercialized and renovated so it's like walking back in time. I love watching the people who set up sidewalk produce stands. I see people stop by the seafood market shops to pick up dinner on their way home. I run into other explorers and sometimes muster up the courage to actually say hi and maybe start a conversation with them. The most thrilling part of my adventure happens when I ask someone if I can take a photo of them. It takes me out of my comfort zone. I get to have a real conversation with a complete stranger and walk away hoping that it turns out ok when the film is developed.

I grew up in Nashville, TN (actually Joelton but who has ever heard of that?). We lived out in the country on an old worn out 25 acre farm. My life was full of hard work. My dad taught me how to work from the time I was 5. He owned a roofing company so when we were not working to maintain the 25 acres and the old farmhouse, we were roofing year round to make a living.

I moved to Knoxville in 2000 to get my degree in TV Production at the University of Tennessee. I met my wife and we bought an old cute little house in Fountain City. We spent most of our free time working on the house and exploring downtown Knoxville. We were those young people without kids who were at every 1st Friday and free concert downtown. I work at NorthSouth Productions. I am our staff director of photography (fancy name for camera operator) and I manage our gear and crew for our reality and documentary series. I have worked at NorthSouth for almost 10 years.

I hope you've enjoyed getting to know more about our youngest son. I'll tell you another secret about him. He is the guy who strikes out on his own after work during a three week film shoot in Europe, with his camera, and stops to talk to locals who take him to places tourists miss and become forever friends.

After his description of the "old worn out farm" he grew up on, I must clarify that statement! Yes, here is a picture of it the day we moved in when he was 9... 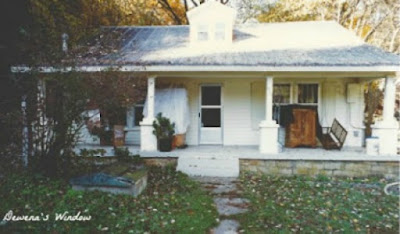 But, here is the house by the time he was an adult, with brand new kitchen, laundry, and second bathroom added on... 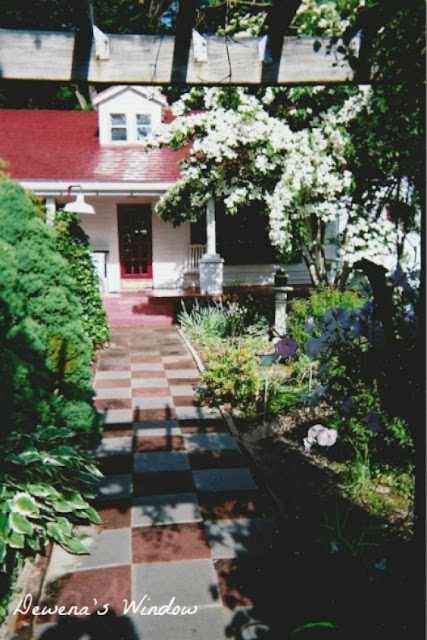 He did learn to work when he was five years old. I wish I had the picture of him and his brothers on top of a roof working when he was about that age. Like his older brothers and sister, there is nothing he doesn't know how to do, thanks to his father. His mom was more of a pushover but he was the best vacumner I ever had. And I still miss him when it comes time to decorate the house for Christmas.

And I must say that, other than my daughter Christy, my daugher-in-law is my favorite person to have in the kitchen cooking with me.